Know When Crime is Happening Around Your Home 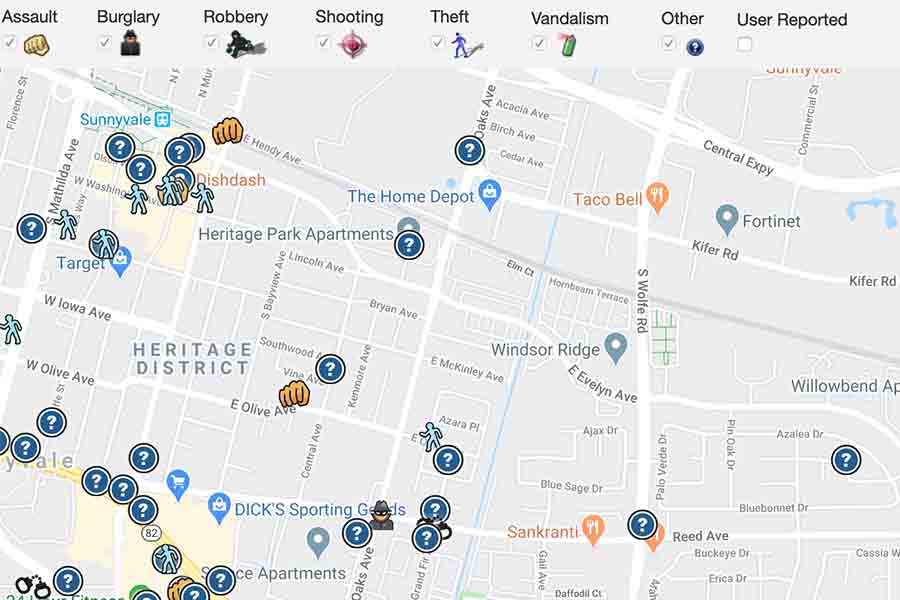 You can easily track crime in your neighborhood. This lets you know if there are break-ins nearby, if smash and grab is going on where you park your vehicle and if it isn’t safe to walk around in certain neighborhoods. Here is how to check the crime situation.

There is a free website you can use to check the crime incidents in your neighborhood. This is a website called SpotCrime.com. This website imports data from the local police stations for most cities and towns in the US.

The data on the map is usually about a week behind. So, if you see police outside your window you can’t just log onto the map and see what’s going on in real time. That would require the use of a police scanner. But the map will have that incident logged by next week.

This map is particularly helpful if you’re shopping for a new home to buy or rent. You can take a look at the neighborhoods and pick only the ones you’d feel safe living in.

Sunnyvale has some interesting data right now. In February there was 1 burglary reported. But in January there were 21 burglaries reported. So, either that criminal was caught or moved on. Given there were 44 arrests in January for theft and only 1 arrest in February, the cops probably caught the people who were responsible for the theft and burglaries.

The map is very helpful if you check it once in a while. During periods of time when cars are being broken into, maybe you can park elsewhere and avoid the crimewave. Seeing crime escalate will give you the option of increased security until the authorities clear them out. Here is the link to keep an eye on Sunnyvale. They do have an e-mail option if you’d like to receive an automatic weekly report.